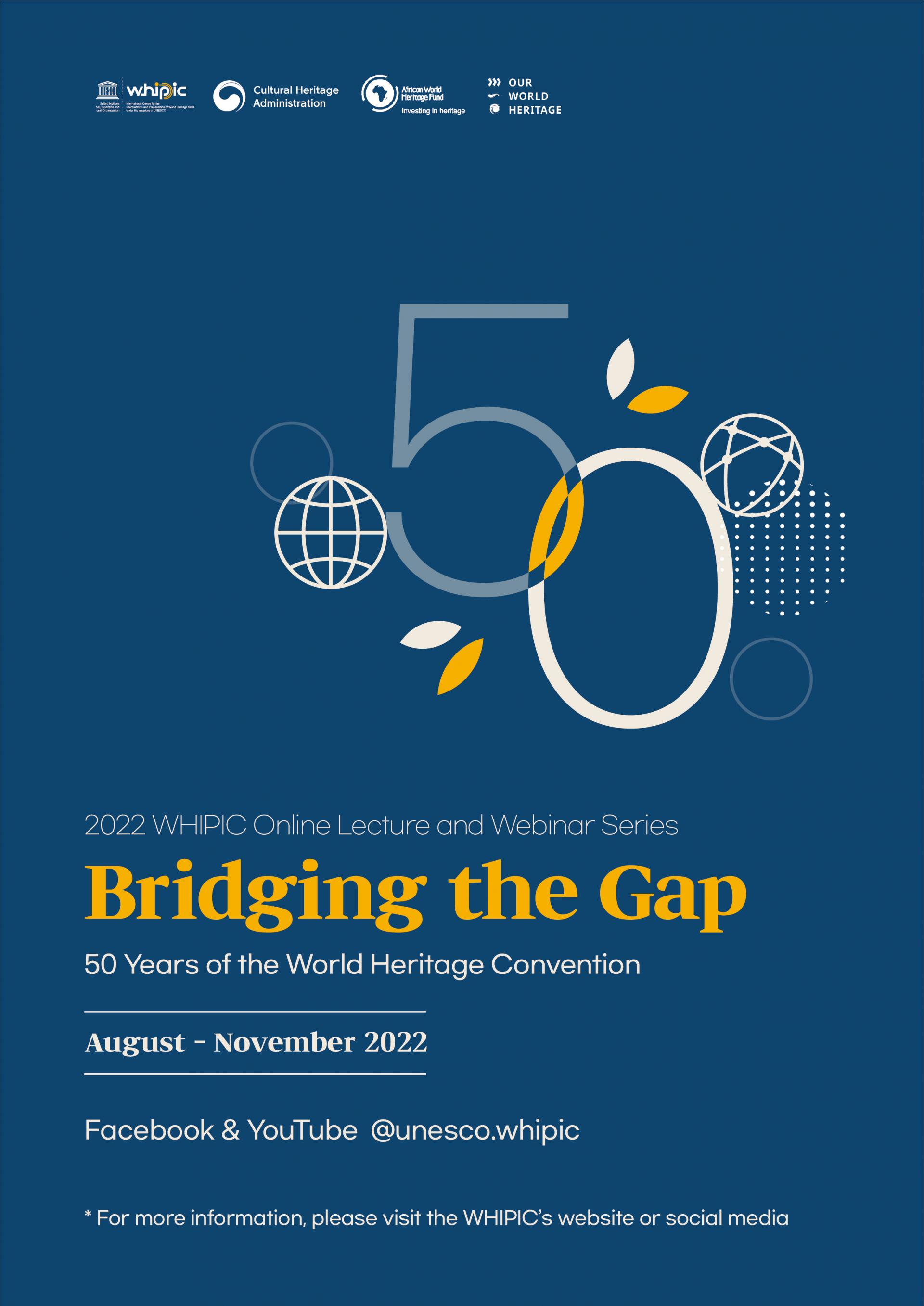 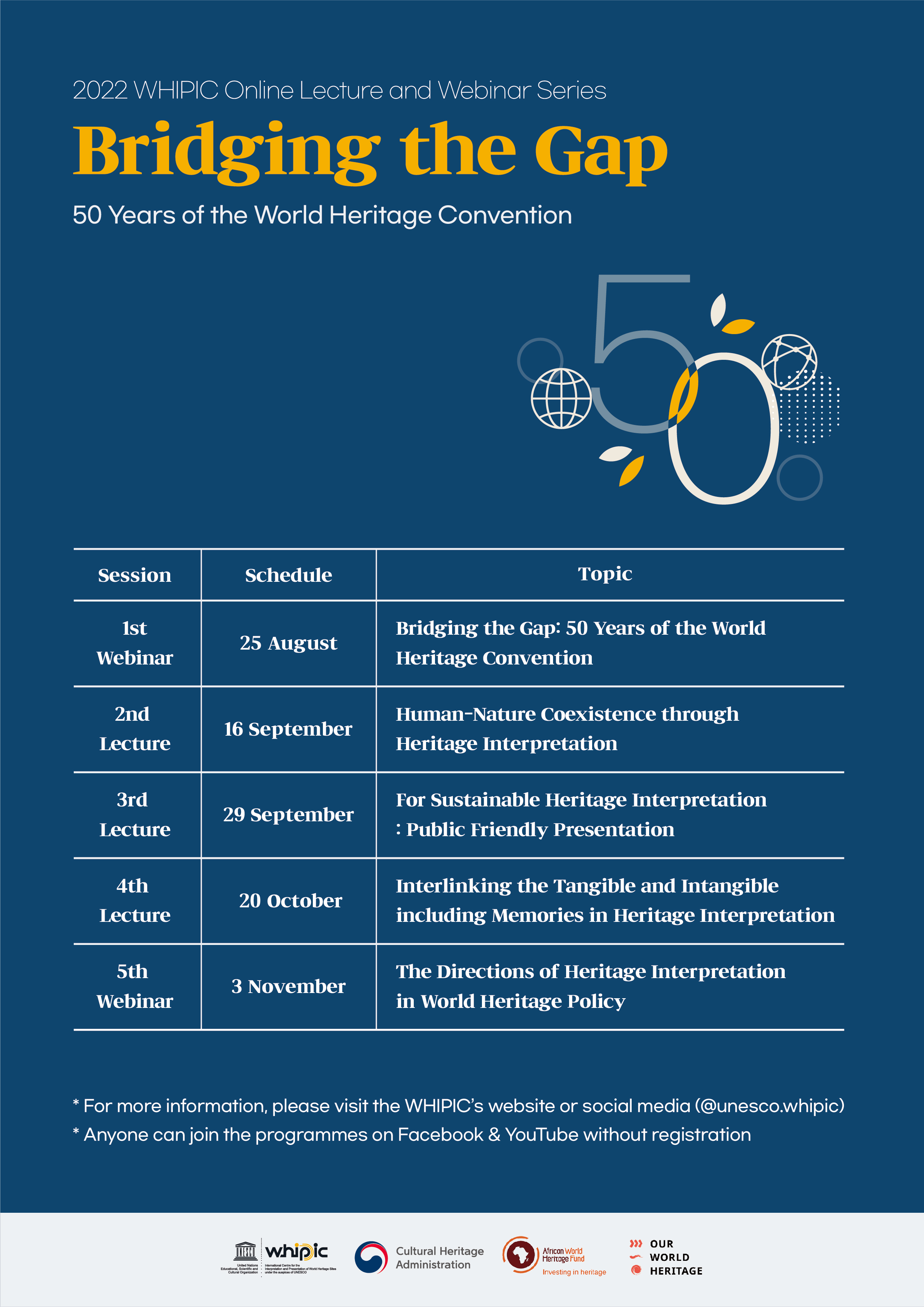 The International Centre for the Interpretation and Presentation of World Heritage Sites under the auspices of UNESCO (hereinafter the WHIPIC) will hold the 2022 Online Lecture and Webinar Series on Understanding World Heritage Interpretation, which consists of five sessions from 25 August to 3 November.

The 1st webinar on 25 August at 16:00 KST will be joined by Mr Souayibou Varissou (Executive Director of the African World Heritage Fund), Ms Kerime Danis (Secretary General of ICOMOS ICIP), Ms Haifaa Abedalhaleem (Advisory committee member of Our World Heritage), and Ms Miray Hasaltun Wosinski (UNESCO Liasion and Cultural Heritage Specialist at Bahrain Authority for Culture and Antiquities). The panel members are going to discuss not only the fifty-year history of the World Heritage Convention but also the future challenges and the role of heritage interpretation in dealing with those issues.

It will be followed by lectures on the topics of culture and nature, whose gap has grown considerably in practising the World Heritage Convention (16 September), of experts and the public (29 September), and on the ways to make linkages between the tangible and intangible heritage and documentary heritage (13 October). The 5th and final session will be held on 3 November and will cover the theme of ‘The Directions of Heritage Interpretation in World Heritage Policy’ in order to work towards establishing a policy that will have been discussed during the series.

International Centre for the Interpretation and Presentation of World Heritage Sites